Cour­tesy of Turn­er Clas­sic Movies and my DVR (what a great inven­tion!), I had the chance not long ago to check out a cou­ple of old movies I’d nev­er seen before, both deal­ing with the infa­mous Rasputin. TCM played both films back to back when they aired. First on the agen­da was Rasputin and the Empress from 1932, with Lionel Bar­ry­more play­ing Rasputin (and doing a good and creepy job of it, too!). They fol­lowed that up with Christo­pher Lee play­ing the role in the 1966 Ham­mer Stu­dios film Rasputin: The Mad Monk. Lee, as usu­al, did a great job. He’s always a lot of fun to watch.

I don’t pre­tend to be any kind of an expert on the his­tor­i­cal Rasputin, so I can’t com­ment on the accu­ra­cy of either of these films. But they were fas­ci­nat­ing to watch. And obvi­ous­ly I’m not the only one who finds the char­ac­ter intrigu­ing; look­ing on IMDB, the first time some­one played Rasputin on film was back in 1917, only one year after his death. And he keeps crop­ping up as a char­ac­ter in films, to this day! 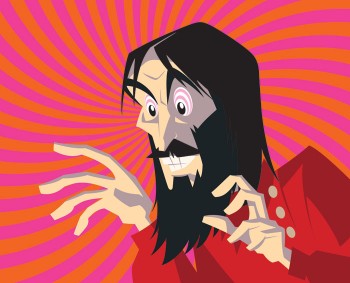 With­out try­ing for a like­ness of either Bar­ry­more or Lee (or the real Rasputin), I thought it might be fun to take a shot at a char­ac­ter draw­ing. I only meant to do one draw­ing, but then I was­n’t entire­ly sure about how it was com­ing out, so I kept going, envi­sion­ing dif­fer­ent approach­es. There’s a whole bunch of exper­i­men­ta­tion going on here, with styles, tools, col­or­ing etc. Instead of mak­ing myself crazy try­ing to decide which way to go, I thought I’d just go ahead and run them all up the flag­pole, let the chips fall where they may. And that’s prob­a­bly more than enough Rasputin for any­body in one dose!

I was a one-man meme! 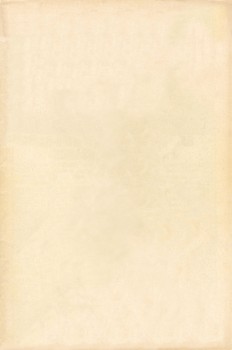