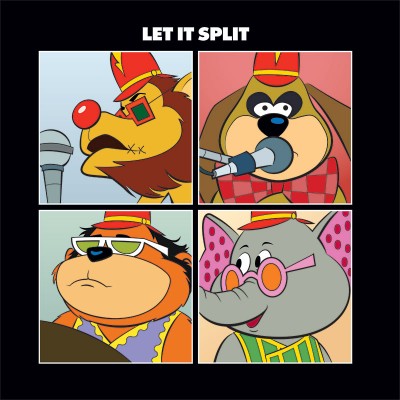 Okay, not real­ly. I just made up all that stuff. Knowl­edge­able vis­i­tors will real­ize that what I’ve done here is a riff off the cov­er of the Bea­t­les’ last album, Let It Be, only recast with the mem­bers of the Banana Splits. Going clock­wise from the upper left, you have Droop­er, Flee­gle, Snorky and Bingo.